There are humbling experiences in life. Seeing the . Admitting life has gotten the best of us
and asking for help. Witnessing true brilliance.

nd then, there’s taking a toddler to the snow for the first
time.

I apologize for being away from this space for the past
week, and hope with all my heart it won’t happen again. Being back here feels a
bit like coming home. And it’s good to be here.

After overbooking myself with a huge work project that
chained me to my desk from morning to night, I was so excited to leave for 3
days of winter wonderland. Being a southern Californian for the past 15 years,
cold weather has become this sort of romantic fantasy of snow angels, warm
fires, hot cocoa, snowball fights and giggles on the slopes. And lovely hearty
meals, of course.

So along with the lovely fires and cocoas and snow play and
yummy cheesy potato dishes we did gratefully enjoy, there was a fair amount of backbreaking, sliding,
snowing, chain-installing, frustrating (anyone has a tutorial on how to put
snow gloves on a 21 months old who isn’t sure what his thumb is?) moments…

I’m sure I’m giving a good laugh to people in most of the
world who are very familiar with kids in cold weather. Part of me was laughing
at me too, as I was actually breaking into a sweat just putting Pablo in his
snowsuit. And by the time I actually had him covered from head to toe and he could
barely move, he was getting cranky and in no mood to try skiing. You get the idea…

Half-way through the weekend, I remembered the first day at
the zoo.

When Pablo was probably about 8 months, I took him to the zoo
for the first time. We were meeting a few other moms. I had planned everything
just right, and was ready for that perfect photo in front of the elephants, and
giggles at the monkeys. Long story short, a few long lines, missed meet-ups, naps
and diaper changes later, we ended up seeing a couple of pink flamingos and a
couple of parrots. And it was over.

Finding a way to be happy and thankful for that day, was
hard. Letting go was hard.

And those couple of days in the mountains were an intense exercise
in adapting to what the situation was throwing at me and making the best of it,
keeping in mind what was important (i.e. having a nice time together as a
family), while quickly mourning whatever expectations I didn’t even know I had.
I guess it could be called rolling with the punches.

This is such an essential skill I am in the process of
honing and which I have sorely lacked in the past. My 21 months old son is
teaching me this. I am humbled by him too, every day.

So yes, parenthood is humbling, in so many ways. What have you found humbling in your life? 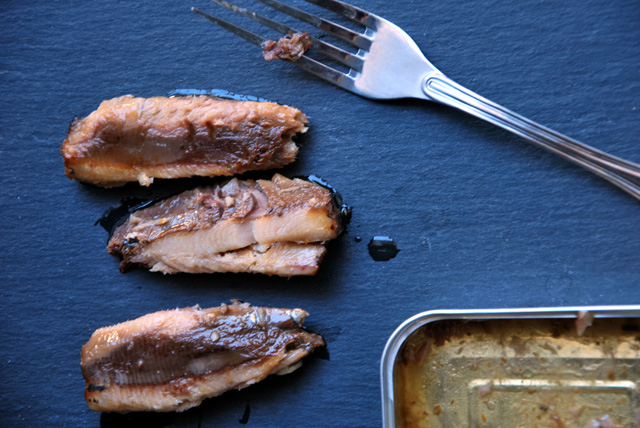 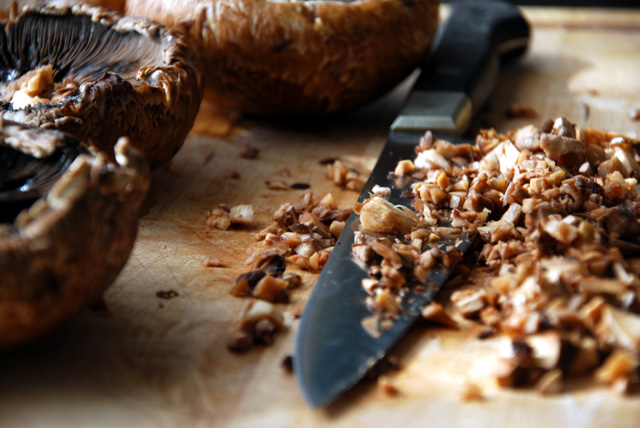 Now for a not-so-smooth segue, here’s a recipe for one of
those nights you might need to roll with the punches.

We love canned sardines, they are healthy, delicious, easy. I
introduced them to Pablo around 8 months. They make a nice finger food. And on those
busy hectic nights, simply popping a can open can be a saving grace. I often serve
them just plain with a vegetable and rice or quinoa. A few months ago, I had also shared a sardine eggplant brandade recipe which we always enjoy. 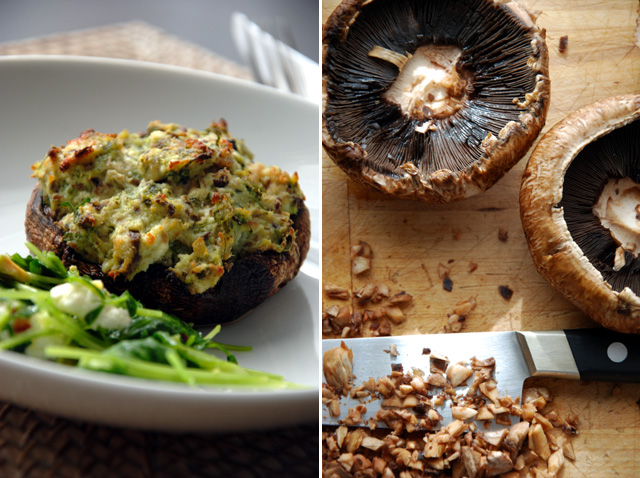 When in
last summer, I came across a small recipe book with nothing but recipes using
canned sardines. I’m finally sharing this yummy and easy little recipe from it. Its presentation is playful for kids, they can even help spooning the stuffing in the mushroom “hats”. And they make an awesome appetizer or lunch for grownups too. I hope
you enjoy it. 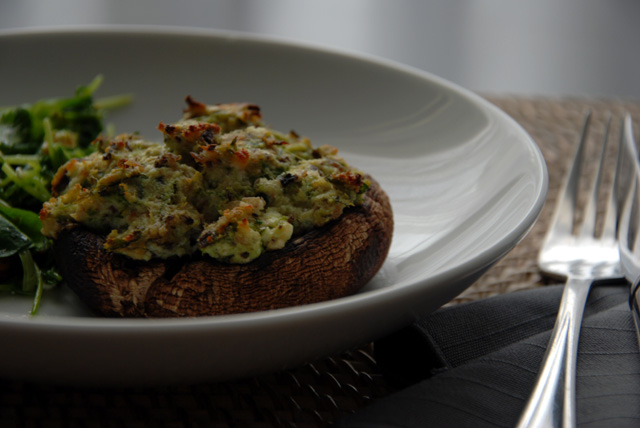 Mushrooms stuffed with cream of sardines

1 can of sardines in olive oil, drained and fork-mashed

A handful of chives, chopped

Rinse the mushrooms in running water, dry them, cut the stems off. Set aside.

Spoon the mixture in the mushroom caps.

Place the mushroom caps on parchment paper on a baking sheet, and bake for 25 minutes.

Serve warm. We served it with a mâche pea shoots goat cheese salad.

Growing up in the North, I didn’t eat much fish growing up and I am not great at cooking it. It is not that you cannot find good fish in North Italy, is just that we learn to cook from our mothers, who learned from their mothers, who didn’t had fish available if they did not close to the seaside. Plus my mom doesn’t like fish and I am not a big fan of fish either.

Anyway, while I am not a big fan of fish in general I somehow like blue fish more than other fish, because it has a bolder, more meaty flavor. The other day I finally found some frozen sardines and very happily bought them. The plan was to cook the sardines in the oven with potatoes and tomatoes.

Now in Italy sardines are usually cleaned when you buy them prepackaged, so the first thing I had to figure out is how to clean them. Thankfully I found this great video and followed it carefully, with pretty good results.

I’m giving up! I still don’t have all of my content back, but I will try to build it back. I am working on the infamous award post, hopefully I will have it back up by tomorrow. In the mean time, here a new recipe!

Another simple pasta for a simple dinner or lunch.  I know I am always eating pasta, but I like it! It is easy to make, it changes flavor completely depending to what you add, it is comforting without being heavy, it is quick, I always have it in my pantry, . I mean, I know carbs are not supposed to be the best source of energy, but if I don’t have my dose of carbs once a day or so, I start having craves for it. For me pasta is good mood food, while the commercial food… not so much.
Anyway, this is a very simple pasta which will satisfy your salty cravings….